The genus Erinnyis has 8 species in the USA, and about 12 around the world. This is a New-World genus.

General Information: These are moths that vary in size from small to medium. They usually have orange or red hindwings (one species has gray) with dark mottled forewings of gray/brown/black. 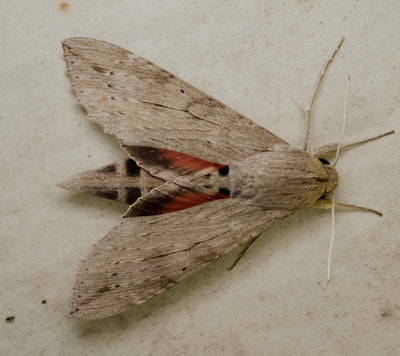 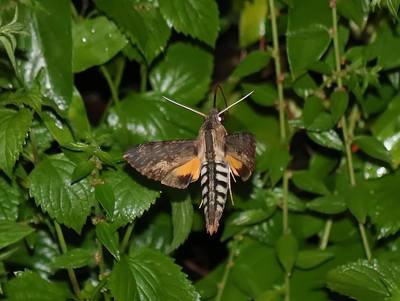 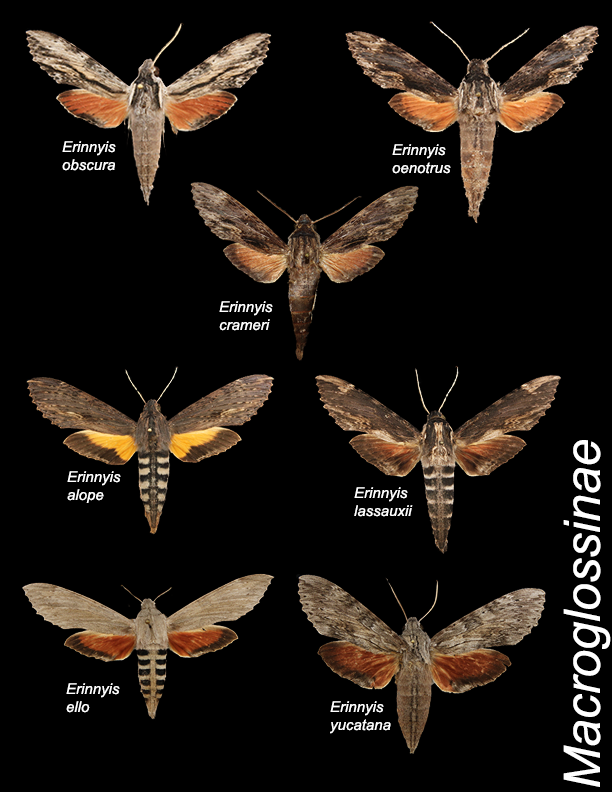